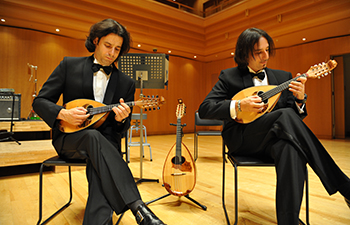 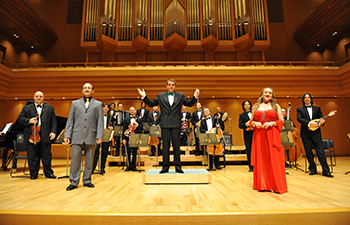 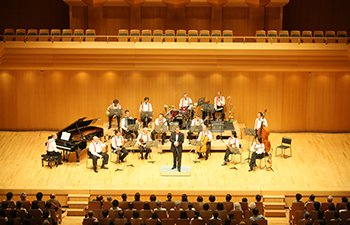 Music of an international dimension – Orchestra Italiana Napoletana! This group was established in 2005 by Maestro Sandro Cuturello with the aim of interpreting traditional Neapolitan music in a classical concert setting, accompanied by typical Neapolitan folk instruments. This unique Neapolitan music touches the audience with its authentic sound and melodramatic feeling.

The ensemble is essentially composed of a string quintet and wind instruments - clarinet, flute (and piccolo) and horn - including some traditional Neapolitan instruments: mandolin, mandola and mandoloncello, guitar and typical percussion, which enhances and enriches the harmonic range of the plucked instruments.

The repertoire reflects the initial design of the Maestro and concentrates on arias from opera to contemporary Italian Melodrama, by composers such as Rossini, Bellini and Donizetti, to the "Canzone", a style that developed gradually until the early twentieth century in Italy. Between June and July 2005 Orchestra Italiana Napoletana took part in its first Japan tour, performing at the most important theaters and in the biggest cities. Immediately following that tour, the orchestra was invited to perform in various cities in Italy and throughout Europe. They were invited for their second and third Japan tours in the summers of 2007 and 2009 and were received with great enthusiasm and critical acclaim.