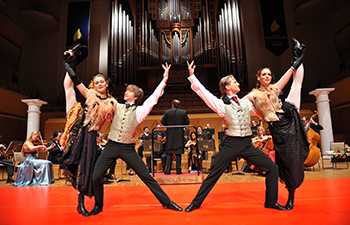 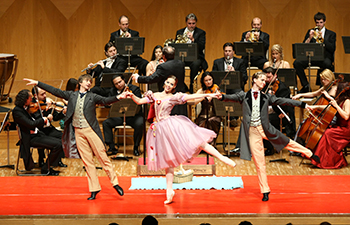 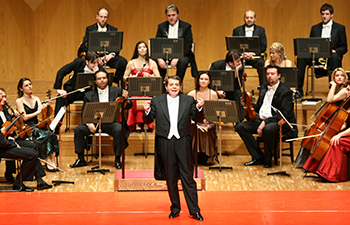 The Vienna Walzer Orchestra was founded by Sandro Cuturello in 1990 to continue the wonderful Viennese tradition of waltzes, polkas, marches and operetta arias from the Strauss Dynasty. Their concerts include not only an orchestra of the highest caliber, but also international ballet dancers and world famous opera stars.

Since its inception, they have delighted audiences in the biggest cities and best concert halls throughout Europe and Asia. They have performed in: Musikverein, Konzerthaus (Vienna, Austria), Seoul Arts Center (South Korea), throughout China (incl. Beijing and Shanghai), as well as in Italy, Spain, Germany and the Czech Republic. As ambassadors of Viennese tradition and culture, they have also been invited to tour Japan every year since 2000. These New Year’s Concerts always include sold out performances at: Tokyo Opera City, Tokyo Metropolitan Art Space, Yokohama Minato Mirai Hall, and The Symphony Hall (Osaka) just to name a few.